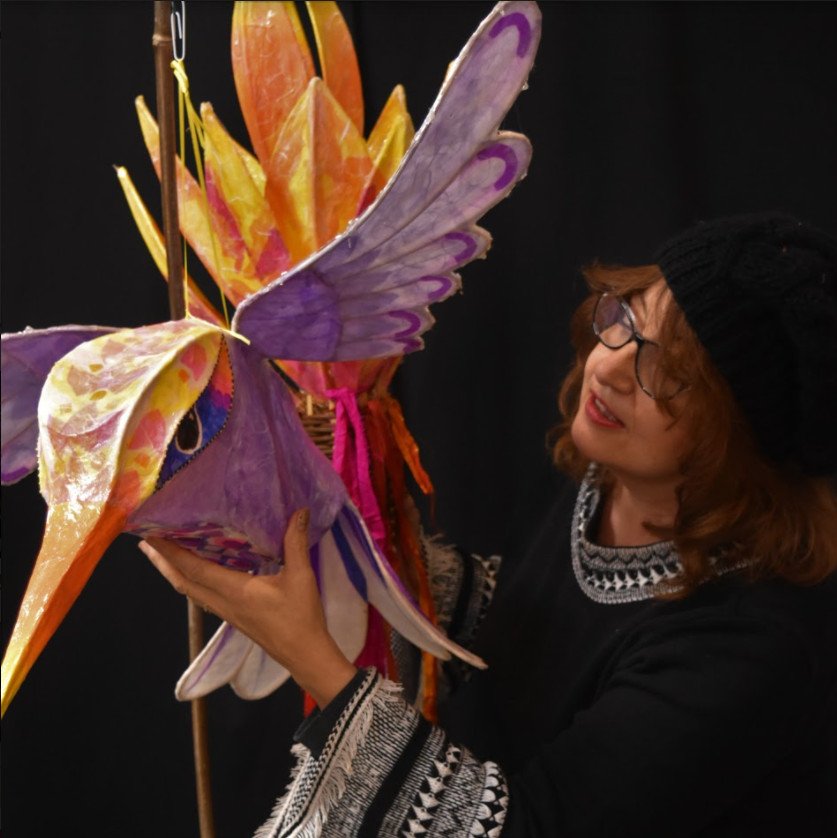 “A luminary is a person who inspires and influences others. One prominent in a particular art form, a leading light, and an inspiration to others through their creations. Guemes Island is fortunate to have their very own luminary.” – Loalynda Bird

Loalynda has had a unique and varied career as an artist. She began as a hair designer, training in London and Paris at Vidal Sassoon and with Trevor Sorbie and became a successful salon owner and hairdresser, as well as a producer and director of numerous fashion shows. She later relocated to Los Angeles and became an Emmy-nominated makeup artist with credits encompassing film, television, music videos, print media, and fashion. Her love of fantasy and wildly imaginative design ultimately led her back to her first love, illustration, where she utilizes multiple techniques including ink, pencil and brush, along with her knowledge of hair, makeup and fashion design, photography and digital media to create images that come from her heart and reflect beauty, light, and positive energy into this world.

She came to Guemes Island often during her childhood and moved here full time with her husband in 2014. Guemes Islanders know her best from her painted rocks and the Earth Day Luminary Parade. She started experimenting with Luminary art in 2015 and was one of the founding artists of Illuminight River Walk in Mt Vernon. She immediately knew that she was going to create a light parade on Guemes. As a trustee on the Guemes Island Community Center Association (GICCA) board, Loalynda had a goal to build a fun, creative event that would include all ages. She began teaching the art of luminary construction at the Community Center and our Guemes Island Earth Day Luminary Parade was born!

Loalynda is also responsible for the Guemes Island Rocks Facebook page where people, many of them her students, post pictures of painted rocks they have created or found around the island.

2020 was the 50th anniversary of Earth Day and plans for an extra special event were in the works. The Coronavirus pandemic made that impossible along with Loalynda’s plans to have the grand opening of her Paper Birds Studio. When it’s safe, she will again be teaching Luminary Classes and Mandala Rock Painting meditation classes. Also be on the lookout for some new classes that will be revealed at the studio opening party. A Paper Birds website is currently in the works and will showcase not only the classes, but Loalynda’s artwork for sale. Until then, you can follow Paper Birds Studio on Instagram to get a glimpse into the studio and various light parades.

“My art encourages creativity and brings light to shine in the darkness. I believe we need to “Be the Light” and inspire new ideas as we come together on Earth Day and every day here on Guemes Island.” – Loalynda Bird 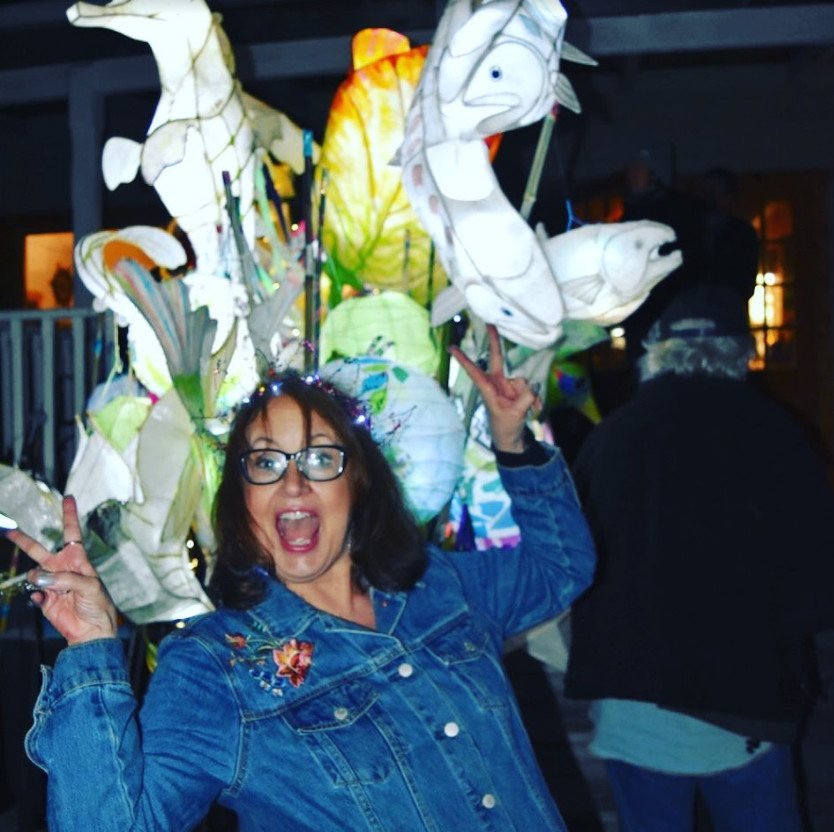 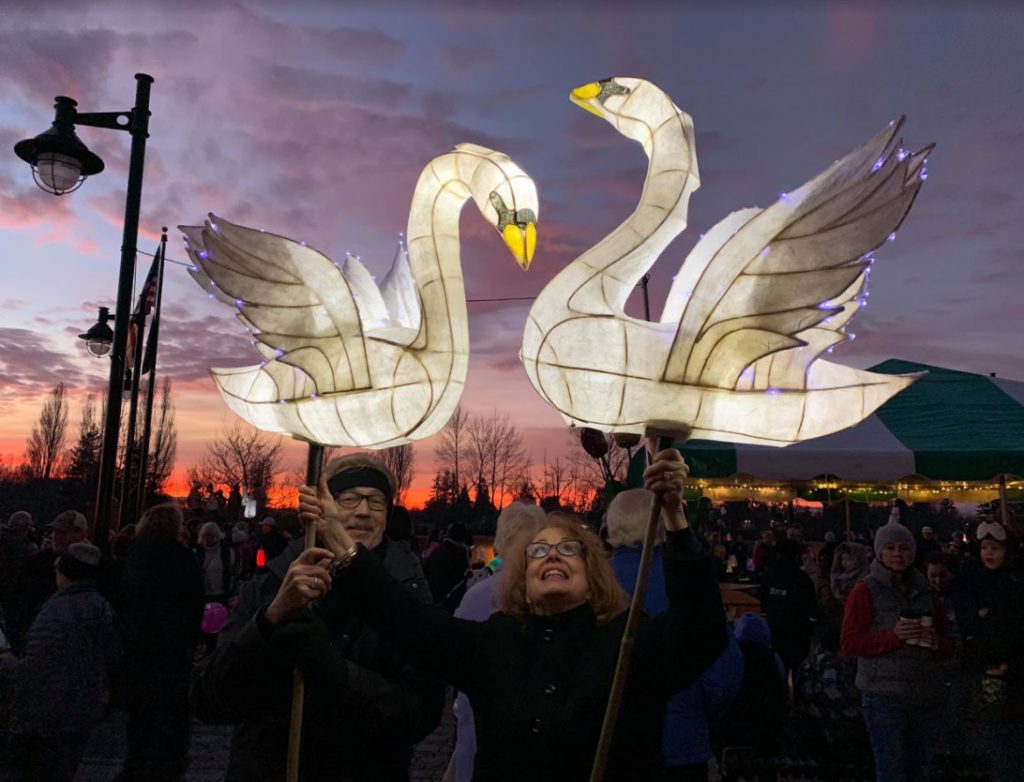 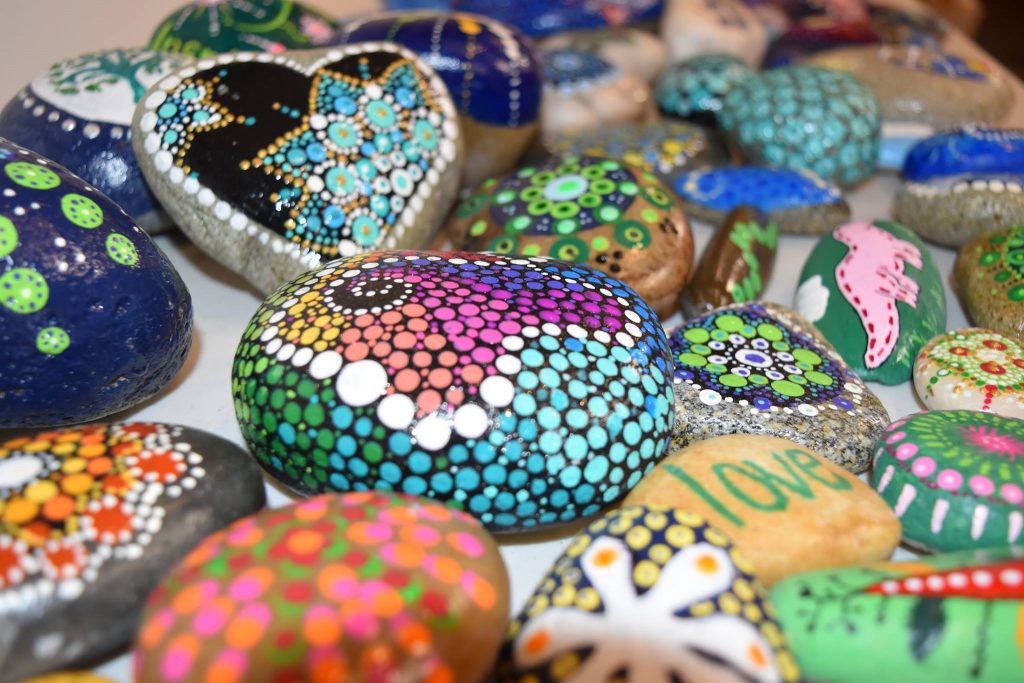