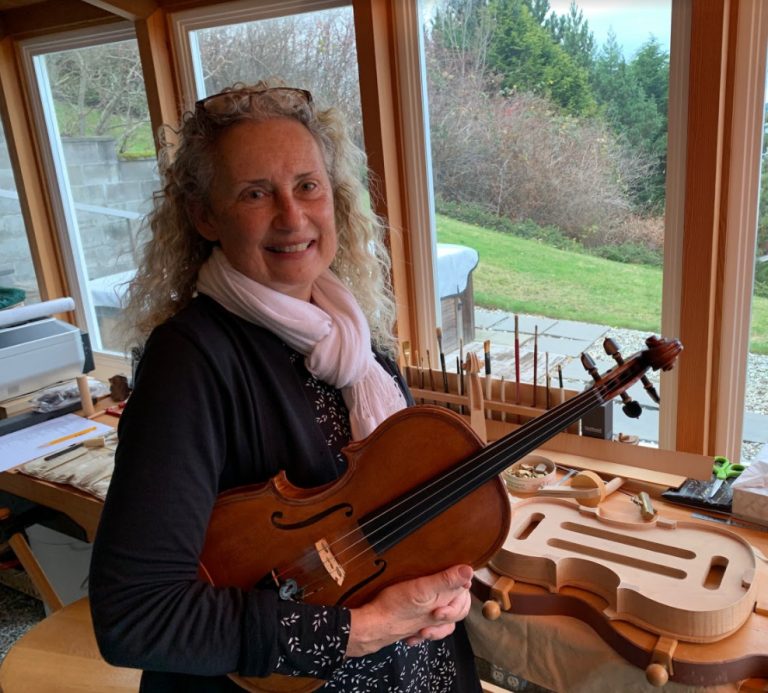 Music is the voice of the heart.

Rebecca came with her family to Guemes Island in 1954 to visit her aunt, uncle and cousins in Seaway Hollow. She “honeymooned” here with her husband in 1971. They acquired their home on Guemes in 1989.

Ms. Rodman, violinist and violist, earned her BA in violin performance at UCLA. Ms. Rodman was active in recording for motion pictures, TV and CD recordings in the Los Angeles commercial industry. Her performing positions included Concertmaster of Palisades Symphony Orchestra (1975 to 2000) and violinist and violist in orchestras, including the Santa Barbara Symphony, Pasadena Symphony and the Hollywood Bowl Orchestra. Ms. Rodman was the violist in the Beverly Hills Piano Quartet and continues to play with numerous chamber music groups in the US and around the world.

-*Director of Music Development at Crossroads School for Arts & Sciences in Santa Monica, CA (1992 to 2000)

Ms. Rodman moved to Cremona, Italy in 2000 and stayed for 14 years learning violin-making in the historic city. She started a Foundation, (Fondazione Maestro Cremona) that loans instruments she has made, free of charge, to emerging artists. She has moved back to Los Angeles to be near her grandchildren and to continue to play music and make instruments here in Los Angeles. She lives on Guemes Island in the summers.