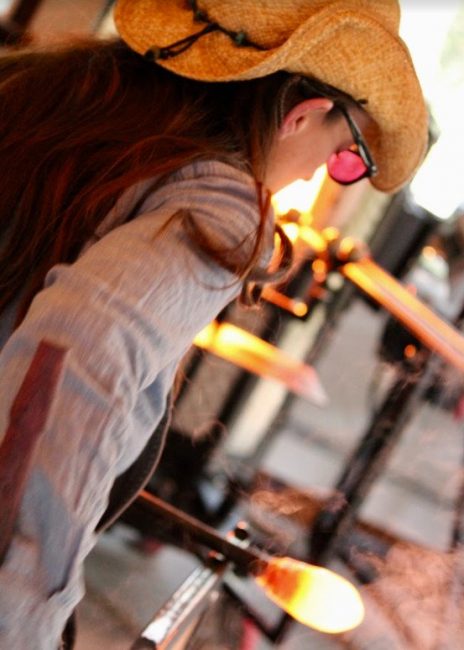 Donna McCord first came to the San Juan Islands in 1991 on a short sea kayaking adventure, and then again in 2000 when she began to work and study at The Pilchuck Glass School in Stanwood, Washington.

She earned her BFA with an individualized major in glass and photography from the California College of Arts and Crafts in 2001 and moved to Seattle in 2004.

Donna started teaching glassblowing at the Pratt Fine Arts Center in Seattle in 2005. In 2013 met Mark Linnemann as a student in one of her classes. Their layers of appreciation and mutual respect evolved over years of study. Mark invited Donna to help with the General Store remodel in 2016 and she has been living and working on the island ever since.

When asked why she chose Guemes Island Donna responds, “I have never fallen in love with a place like I have with Guemes Island. I would stand in rapture watching the wind on the water and over the grass. I knew this was my home.”

In her free time you will find her in the woods or by the water making work for the island.